The Malaysian state of Sabah, on the island of Borneo, is home to an impressive tropical rainforest. The dipterocarp trees that dominate the jungle there can grow as high as 70 metres. This is the habitat of astonishingly rich flora and fauna. Orang-utans, pygmy elephants, gibbons, the Malaysian sun bear and the Sumatran rhino make their homes among thousands of diverse tree species. INFAPRO, our project area, is located in the eastern part of the province, in the forestry management unit Ulu-Segama, covering 25,000 hectares. The rainforest was selectively logged in the 1980s. This means that the most valuable species, such as the dipterocarp trees, were taken. A great deal of damage was done to the forest during the logging and its recovery was laborious. The mother trees of essential species were gone and seedlings from other trees were choked by climbing vines and shrubs.

Face the Future has been working on the restoration and protection of the acutely degraded forest in the INFAPRO project area since 1992. We do this in collaboration with our partner Sabah Foundation, through means of enrichment planting. This consists of planting young dipterocarp trees, the species that previously grew in the area but has disappeared. A number of the species we use are on the IUCN Red List of Threatened Species. Our local team collects the seeds and cultivates them in our in our nursery so that healthy seedings can be produced. About 10 per cent of the trees we plant are fruit trees; these serve as a food source for the animals in the forest. In addition, we remove the vegetation which competes with the seedings, threatening to choke it.

The forestry management unit Ulu-Segama, including INFAPRO, has held the status of Protected Forest Reserve (Class I) since 2013. This means that logging is not permitted there. The forest connects to surrounding forests, such as the well-known Danum Valley Conservation Area, where the virgin rainforest has remained intact. Wild animals migrate between this area and the INFAPRO forest. Together they form an enlarged, safe and healthy habitat for the rich flora and fauna.

such as the orangutan, gibbon, Borneo dwarf elephant and clouded leopard

among which there are trees such as the dipterocarp that have grown up to 80 meters tall.

Our project serves as a role model in Southeast Asia for large-scale forest restoration through means of enrichment planting. The INFAPRO forest has been visited by many researchers, project developers, students, conservationists and government officials from all over the world. Various research studies have been carried out there. Our project staff have published many articles on our approach in the region. 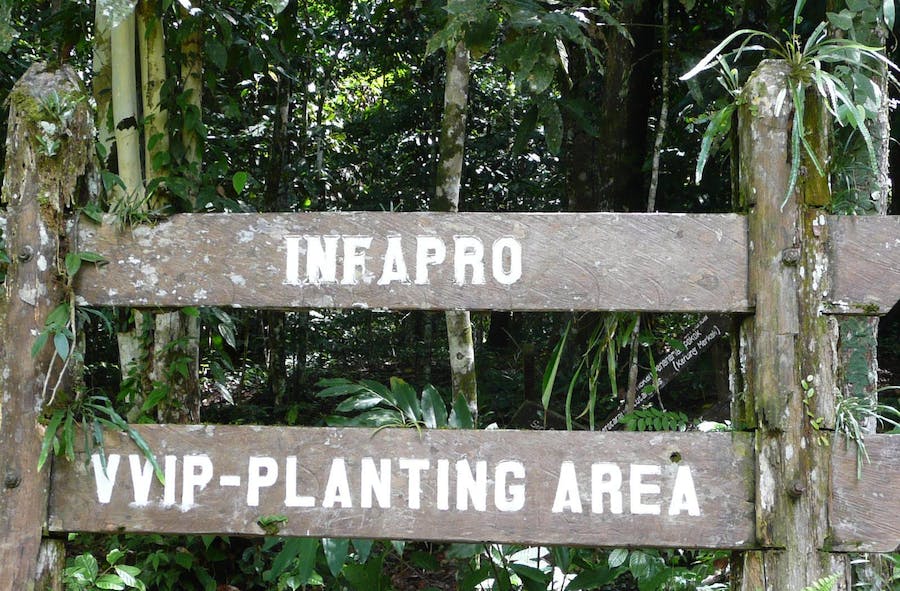 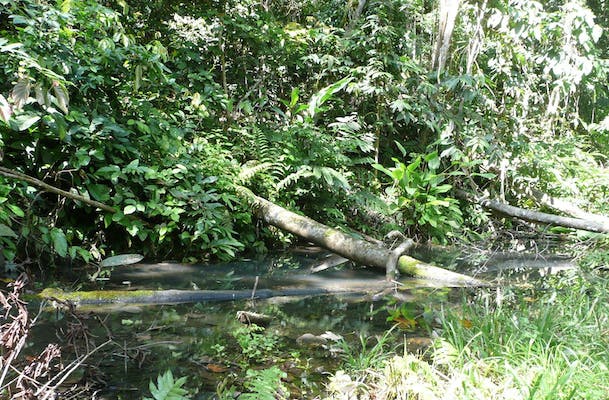 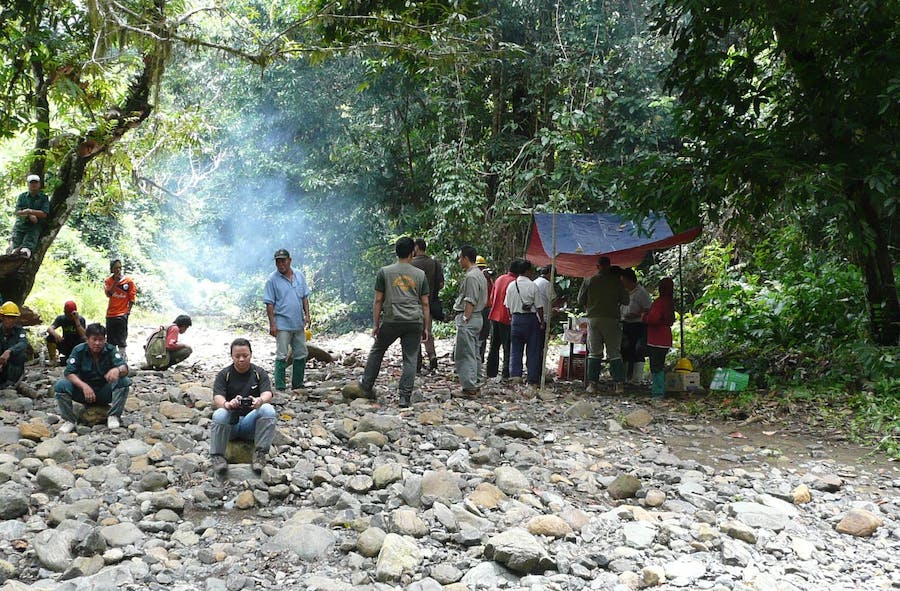 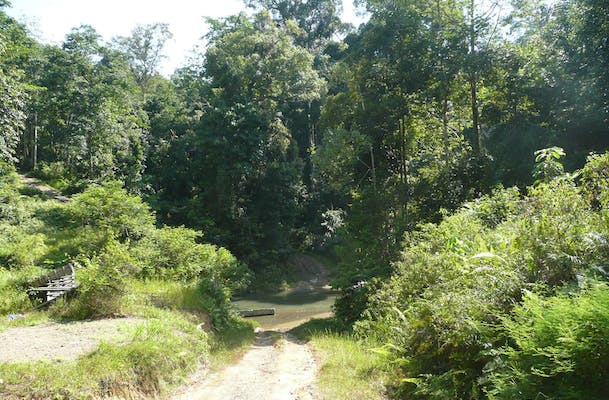 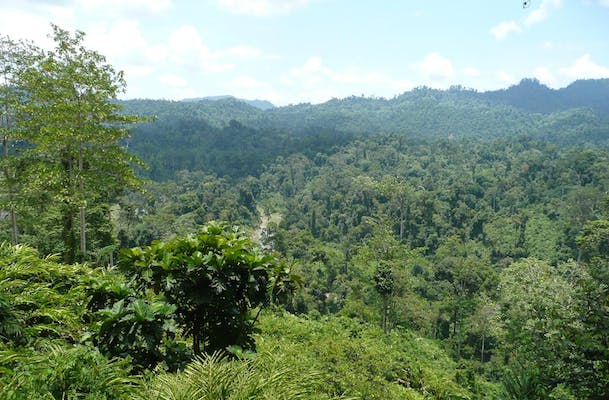 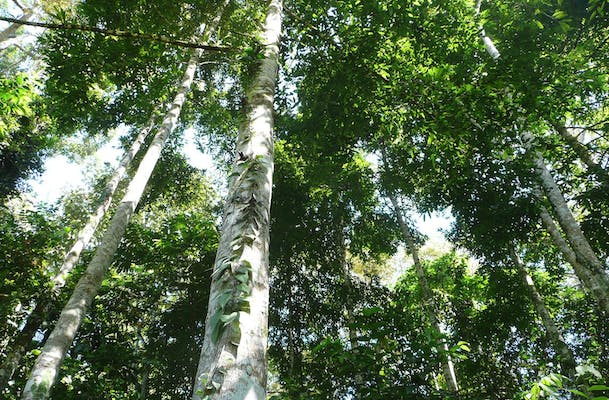 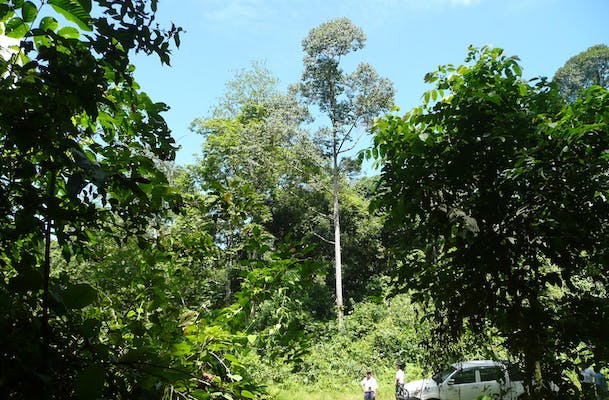 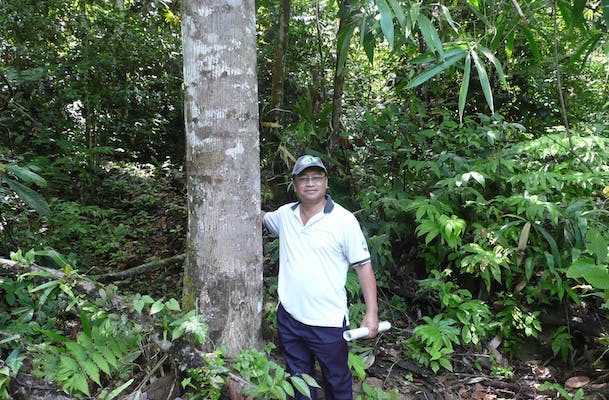 People involved about the project

"Lowland tropical forests have been widely logged in South East Asia – FACE the Future has been a pioneer in the investigation of how best to restore and preserve these threatened ecosystems including the key eco-system service of carbon storage and sequestration that they provide. They have been and remain an important collaborator in my research on the relationship between biodiversity and ecosystem functioning in tropical forests."

“I have been working for the project since 1994, when I started as a supervisor. In 2010 I became a Senior Ranger. I identify trees and monitor the forest. We use a field computer for this, with which we combine laser and GPS techniques. During my time on the project, I learned about restoring natural forest, growing seedlings, analyzing soil composition and reporting our findings.”